Everything You Wanted to Know About Aquarius Lucky Numbers 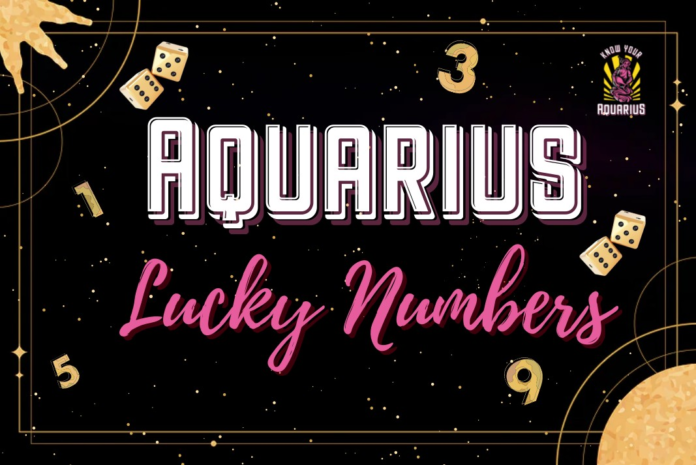 Since ancient times, people have been relating their karma and their lives to certain elements. Some take their actions as the reason for their success and failure. Astrology depicts and tells us about various things that can be considered as something that can lead us to attain success and failure. These things can be in the form of lucky and unlucky numbers, gemstones, days, colors, etc. Lucky things are made purposely to use and to wear so that they can bring good fortune and success. On the other hand, unlucky things are made to be avoided so that they won’t affect one’s life negatively.

Who Is An Aquarius?

Aquarians are known for their free-minded and progressive nature. They are curious individuals who love freedom. They love adventures and are awesome conversationalists. Some various charms and colors are considered lucky for this zodiac. Let’s have a look into those!!

What Are Aquarius Lucky Numbers?

According to astrology, Aquarius is known to have several lucky numbers. These numbers include- 2, 3, 7, and 9.

Other than these, even the numbers whose sum gives you one of these numbers are seen as lucky for an Aquarius!! For instance, 43 can be a lucky number for an Aquarius since their addition gives us 7!!

Since these signs are seen as lucky, they are known to hold special importance. These numbers can be used by them regularly. For instance, one can choose to own an apartment which is number 2! They may bring happiness and good fortune to you!!

It is a known fact that everybody wants an assurance of happiness in their life. These numbers will not only provide you that but also may actually bring you good fortune!! Who knows??

Other Lucky Charms And Shades For Aquarius!!

Aquarius’ lucky colors include electric blue, grey, and Ultramarine blue. Among these, the blue shades, especially electric blue, are the luckiest of all!!

Though Amethyst and Garnet are some of the major gemstones of this zodiac sign, other stones like sapphire, opal, and black pearl are also deemed as lucky. Wearing these stones brings good fortune and happiness to an Aquarius’ life. Pearls, however, are not lucky for an Aquarius. They are often advised to avoid using pearls in anything they wear or own, like jewelry.

Thursdays,  Fridays, Tuesdays, and Mondays are often lucky for an Aquarius. They often get advices for important occasions and work these days as they will have a higher chance of success.

Those Aquarians who own a business or are planning on owning one with a partner should consider having a Gemini. Gemini can match their pace of intellectuality and may try to understand their perspective and respect it. This pair can actually work well and will probably handle business very easily and nicely.

Out of all the 26 alphabets of English, S, G, K and R are seen as lucky alphabets for an Aquarius. These alphabets are often the starting letters of their name and their projects or works’ name.

Considering their traits and personalities, these are some professions that are considered lucky for an Aquarius. They will most probably gain success in these fields due to their interests and high intellect. These professions include – Salesmen, Engineers, Astrologers, Traders, mechanics, media, and communication-related jobs.

Some Facts Regarding Aquarius And Their Lucky Or Unlucky Charms.

1. According to the Numerology Calculator, 3, 9, and 2 are lucky for Aquarius!!

2. Apart from blue color, Yellow and red-colored clothes are a must-have clothing accessory for Aquarius natives to gain more luck!!

3. Thursday and Friday are the luckiest days for Aquarius to have their special and auspicious events and occasions.

4. Amethyst, the lucky Aquarius gemstone, is usually worn as a ring on the middle finger.

5. Aquarians are known to often injure their ankle and limb. Besides, they might suffer from Rheumatism, high blood pressure, swelling in legs, skin, or eye problems. Also, They should pay attention to their heart and any problems related to them.

1) What Are Lucky Numbers?

These are specific numbers that are believed to bring good fortune and luck in one’s life if they relate themselves in one way or the other.

2) What Are The Lucky Numbers Of An Aquarius?

3) How Do Aquarius Use Their Lucky Numbers?

They can use these numbers whenever they have something important to do or buy. For instance, they may own a house with their lucky house number. They can own a car whose nameplate adds up to their lucky numbers. They may even choose to celebrate an auspicious event or occasion on the dates which symbolize their lucky number.

4) What Alphabets Are Seen As Aquarius' Lucky Alphabets?

Among Aquarians lucky alphabets are S, G, K, and R

5) What Days Are Deemed As Lucky For An Aquarius?

6) What Is An Aquarians' Lucky Colour?

7) What Are The Luckiest Gemstones For An Aquarius?

The Aquarians’ major gemstones are amethyst and garnet. They are known for bringing good luck and fortune into an Aquarian’s life. They are often worn as rings and necklaces by them. Apart from these, other stones like opal and sapphire are also seen as lucky for an Aquarius.

9) What Is One Gemstone That An Aquarius Should Absolutely Avoid?

The birthstone is deemed unlucky for an Aquarian.

Luck is something nobody has held on to!! If luck is with them, they are bound to get success no matter what they do!! However, if luck is on bad terms with them, they will drown in failure no matter how much they flap their limbs!! Amidst the theory of luck and success, astrology can calculate and develop certain charms that are deemed to be lucky or unlucky for every particular zodiac.

These charms can be numbers, colors, days, years, etc. Focusing on numbers 2, 3, 7, and 9 are numbers considered very lucky for an Aquarius. Even the numbers that sum add up to either of these four numbers are considered lucky.

Aquarians often try to hold their special events on dates with these numbers. Even if they are buying something, be it a house or car, they only tend to buy those that relate with either of these numbers!! What do you think is your lucky number? Do you believe in them?

Teertha Shettyhttps://knowyouraquarius.com
Hey! I am Teertha Shetty. A 20-year-old student residing in Mangalore, India. I love sharing my thoughts and feelings by writing. I also enjoy reading poetry and am always up for interesting stories and content!
RELATED ARTICLES
General