The Aquarius born is frequently seen as aloof, as someone who is emotionally detached. They make an effort to demonstrate when they are furious, depressed, trapped, and, most importantly, jealous. They have a restrained demeanor and only show their pleasant feelings.

Though it may appear impossible, such a person is capable of feeling jealous yet excels at suppressing it. If you want to find out if your Aquarius partner is possessive, keep reading.

When it comes to love, the Aquarius born is a symbol of independence and freedom. They are recognized for their friendship and efforts to put the other person at ease. While Aquarius is not known for being jealous, the potential of Aquarius-born dominating relationships cannot be ruled out. Controlling an Aquarian wants to be in charge of their relationship, so they might sabotage it by being too jealous and possessive. When they observe their partner giving more attention to someone else, the control freak inside them may be compelled to act jealous or possessive.

They don’t demand much, but one of the few things they want is complete dedication. So, if you’re dating an Aquarius, you should offer them your full and undivided attention. They don’t usually beg for your attention, but they’ll be envious if you give it to them in front of others. They’d like you to do it for them.

2. No Time For Playing Games

The water bearer is picky about the partner they choose. Before dating someone, they would want to be certain and not take a casual approach. Aquarius is among the greatest lovers you’ll ever meet, even if they don’t fall in love head over heels. They have a sophisticated approach to love and desire nothing less than the finest for their partner. They will go to great lengths to ensure that their partner is happy and content with what they have prepared for them. On the other hand, if their partner is playing games with them to make them envious, the Aquarius born would sooner let go than hold on.

They wouldn’t shun their partner for making their lives so difficult for them, and they wouldn’t impose any unreasonable limitations on them. Instead, they would provide them with a path out of the relationship with no way back. Another of Aquarius’ love characteristics is ensuring that their partner’s focus is fixed on them. This is one of the most essential characteristics of an Aquarius in love, as they will try all in their power to gain your attention at all hours of the day. If your Aquarius partner notices that you’re attempting to play games with them, they’d prefer to end things rather than play the same games.

3. Are Aquarius Controlling or Possessive?

Understanding your Aquarius partner is the key to satisfying them. Aquarius people aren’t the most complicated people on the planet. They do, however, have some requirements that they would like to be satisfied. It is a well-known truth that grown-up Aquarius behaves in a childlike manner. They want something intensely when they want it. They could even throw a tantrum to obtain your full attention if they want it. This, however, does not imply that they are possessive of you. They aren’t attempting to dominate you; rather, they are infantile in their expectations of you. So, the best way to get an Aquarius to love you is to comprehend the tantrums they throw, not by impressing them or doing anything else.

Most people mistake these outbursts for an Aquarian being possessive or too controlling. Possessiveness and control are two very distinct concepts. If an Aquarius were possessive, they would not let you go out alone. They wouldn’t even allow you to speak to other people. Most Aquarians, on the other hand, do not engage in such petty conduct. Instead, they want you to give it all for them and to comprehend their mindset. If you’re in love with an Aquarius, they’ll appreciate your attempts to understand them and will never let you down by their conduct.

4. Showing Their Partner Off

To put it another way, Aquarius enjoys strutting their stuff in front of their companions. This characteristic stems from their childlike demeanor since they take pride in flaunting their possessions.

The typical Aquarius would want you to avoid approaching other individuals while they were showing you off. They would like other people to feel jealous of you, but they don’t want you to approach them.

This is what truly satisfies or turns them on in a genuine way. The fact that they have a gorgeous partner with them and that the partner is committed to them would turn them on.

If they have your trust, they will never try to control you. They won’t even worry if other people approach you if you’re both on the same page.

5. You Can’t Be Too Comfortable With Others – Aquarius Get Jealous

Aquarius natives also have a lot of emotions buried deep within them. They’d reach a point in their relationship where they realized how juvenile their outbursts were and tried to overcome them. This is the point at which individuals will begin to keep things buried within themselves without exposing them to anybody else. When an Aquarius realizes that you are deliberately making them jealous, they will typically keep their sentiments within themselves rather than telling you about them. This is when they will begin to distance themselves from you and start seeking other options. As a result, Aquarius isn’t the kind to play games with.

They have unique needs and demands, which they would like to be understood and satisfied for a particular relationship to develop. If an abnormally jealous Aquarius suspects that their partner is cheating on them and becoming closer to someone else, they will store this suspicion and become frigid. This is the Aquarius approach to coping with a potentially problematic scenario since they don’t want to create animosity and jealousy against someone who doesn’t feel the same way. Even if the Aquarius states outright that they don’t mind you flirting or being casual around other people, they don’t mean it. They’re not wired to be jealous or possessive, so they look for different ways to make you feel at ease with what you’re sharing.

6. No Reason To Worry – Aquarius Support Your Dreams

There’s no reason to be concerned about dating an Aquarius born unless you’re the type of person who likes her partner to be possessive and controlling, which there are plenty of. If you work hard and have goals for yourself, your Aquarius partner will support you and strive to make your dreams a reality.

Aquarians desire their partners to be dedicated to their ambitions. They want their partners to be adamant about achieving their objectives, and they don’t want anything to stand in their way. This isn’t to say that the Aquarius born won’t look after you or cater to your needs. However, it is safe to assume that they would prefer it if you looked after yourself.

They’d also like to see that you don’t need them to achieve your goals and that you’re self-sufficient. While we won’t claim that an Aquarius born wouldn’t help a damsel in distress, they aren’t the kind to jump in and help. They establish partnerships with those who can take care of themselves. It’s important to understand that jealousy is fuelled by insecurity. And if you don’t give your Aquarius any cause to feel uneasy, they won’t act that way. If they discover that you have someone else in mind besides them, they won’t be so petty as to set restrictions. They’d drop you like it’s hot and go on with their lives.

Q. How possessive is Aquarius?

Bouts of possessiveness are highly uncharacteristic for the Aquarian born. They like their independence and want their spouse to enjoy it as well. However, they can operate from this feeling in rare instances. If they’re possessive, it’s because they’ve lost all faith in you and are terrified of losing your connection. This isn’t their ideal environment.

Q. How To Find Out If An Aquarius Is Jealous?

Jealousy is something Aquarius despises since it goes against all they believe in free love and happiness. Jealousy makes Aquarius uncomfortable, and if you bring it up, they’ll probably act as if they don’t understand what you’re talking about. They are so adept at seeming as if something doesn’t upset them that you would believe they aren’t jealous at all.

While they may not say anything, their mind is racing with ideas of losing you and destroying the relationship because they are envious. They tend to overthink things whether they want to or not, so they anticipate being quieter and tense than usual. Their jealousy doesn’t usually last very long, but it can still put a strain on your relationship.

Aquarius is more concerned with themselves and academic subjects than with controlling others. They don’t always pay attention to the people around them.  This is not meant to be dismissive or condescending; instead, they are engrossed with subjects that they find more fascinating. They are friendly people who prefer to listen to their friends’ ideas rather than try to persuade them to change their minds.

Q. Are Aquarius Ever Jealous?

The Aquarius is a symbol of self-reliance and friendship. They don’t have a reputation for being jealous. They like making friends with individuals from various walks of life and are constantly full of fresh ideas. Aquarius folks, on the other hand, do not suffer from jealousy. If their lover betrays them, they will not question why and will not grieve. Even if they do, it will be done quietly. When the Aquarius is duped, he just walks away.  They can only express jealousy when their partner is preoccupied with someone else. 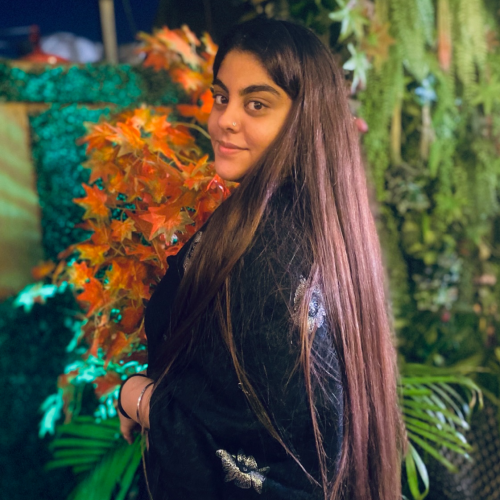 Vanshika Bhambhryhttps://knowyouraquarius.com/
I'm a 20-year-old from New Delhi, I'm currently pursuing my bachelor of Journalism and Mass Communication, I am a very social person, I like to write and observe people around for prompts. Writing is my catharsis, it provides me a space where I can be myself, with no fear of judgments!
RELATED ARTICLES
Entertainment