Lying Is An Art. Are Aquarius Male Good at it? 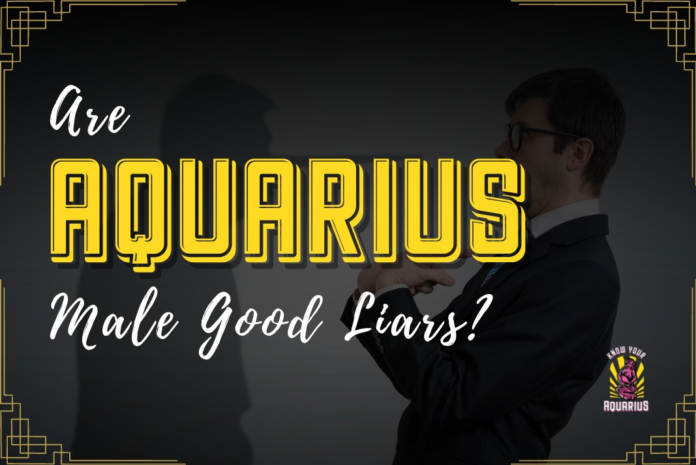 Aquarian males are one of a kind!! They are brilliant and charming in their way! Their quirkiness and great sense of humor make people have all eyes on them! They are physically attractive, too, since they mainly possess charming physical features!! But are they good liars? Do they tend to lie every day? How to find if an Aquarius is lying or not?

Who Is An Aquarius Male?

Before moving on to what traits an Aquarius male will lie about, it is essential to know their personalities and traits!!

Intellect is one of the most characteristic features of an Aquarius. They are extremely smart and intelligent. They hold very creative and visionary minds, which makes them distinct and stand out from the crowd!

Want to have a partner who makes you experience extreme adventure? Look out for an Aquarius male, then! They are always up for trying out cool things!

Like every other Aquarian, these males often seek independence. You cannot restrict or force them down. They do what they perceive is correct and tend to try hard to be independent on their own. They hate commitments and may take time to get in a relationship.

These males tend to hold exceptional social skills. They are great conversationalists and can engage anyone with their remarkable intellect and way of speaking. They can keep a group of people in conversations and make it enjoyable through their charismatic and humorous replies.

Even though they tend to have exceptional social skills, they might lag when it comes to talking about their emotions. They are closed-off people who don’t let people in easily. Even after doing so, one can rarely see them getting emotional or even speaking up about their feelings.

Aquarius males are very broad-minded people. They tend to see life from a larger perspective. That’s what makes them tolerable and open to all kinds of opinions and contradictions. Due to their mentality of looking into the matter from every side, it may take time to conclude a solution. But once they decide on one thing, it can be pretty hard to change their decision. They despise snobbish people!

Even though they may appear intimidating and cold at first glance, they are pretty chill and easy-going people. They are not someone who sticks to routines and stress over them. They are people who work in their way. However, their easy-going personality can be a bit problematic when it comes to severe talks. It can be frustrating for someone to talk with them seriously about emotions as they may make some jokes on it or sarcastically brush it off!

Even though they are often seen and perceived as non-empathetic, they still do have feelings like every other human being in the world! However, whenever they feel something, they think it at extreme levels. For instance, if they are angry, they will be furious, and if they are happy, they will be very happy. In simple terms, you can say that they can get extreme with their feelings at times!!

Aquarians are stubborn in nature. Once they stick to a point,  they will most probably stick to it till the end. It is hard for someone to change an Aquarius’ opinions. This trait of theirs can be pretty frustrating for people to deal with. Their intellect makes it harder for people to convince them as they are not easy to trick and manipulate.

Aquarius is an unpredictable sign. You cannot depict what’s on their minds and what they are feeling. Their faces don’t give away their emotions easily. Hence, it becomes easy for an Aquarius to lie to someone and act calmly about it. You can, in a way, say that their inability to express emotions makes it hard for people around them to predict their feelings.

When Do Aquarius Lie?

Aquarius don’t usually lie. They find it useless. They are known for being straightforward and hence won’t be interested much in lying. However, like every other person in the world, there may be some situations where they might have to lie, and they will do it if they don’t have any other way to keep it simple. They might lie even for good intentions, like in situations where they don’t want to stress or burden you!!

How Can You Identify When They Lie?

Aquarius, though they can hide their expressions very well, may hesitate to pry into the matter they lied about. They may finish their lie in a few sentences and will avoid returning to the topic. They may try to avoid answering if you dig deeper and ask them questions. Their hesitancy can be seen as a clear sign of them lying!

These sun signs are known to hold extreme capabilities in lying. Their lying skills can easily convince a skeptical person. Their intelligence and charisma make it extremely easy for people to trust them. Given below are some of the traits that make an Aquarius a skilled liar.

Aquarius can hide their emotions very well. They can quickly blurt out the most significant lie with a straight face. Their lack of expression can make it difficult for one to predict if they are lying or not.

These zodiacs are known for owning one of the most charming personalities. Their charisma can make people easily trust their words without even considering if they are lying or not.

Aquarius holds an amazing capability to judge and identify a person accurately. Due to this capability, they can exactly manipulate them the way they want. They will only talk about those things which will interest you and trick you into believing them.

1) Can Aquarius Males Lie If They Want?

Yes, Aquarius males can lie if they want. Like every human being in the world, they prefer to lie when they feel necessary.

Not really. Despite being good at lying, they don’t use these skills too often. Their straightforward personality often doesn’t find the need to lie to people regularly. They will only use this skill when they feel the extreme need to use it.

3) Name The Zodiac Signs That Are Best Liars In Astronomy?

Gemini, Scorpio, and Aquarius are known to be the Zodiac signs that are considered as best liars.

4) What makes Aquarius one of the best liars in astronomy?

Aquarius is known to hold sharp minds and intellect, which can help them make up a logical and believable lie. Their cold facades, at times, can make it hard for people to depict if they are actually lying or not. Apart from these, their charms and social skills can make people easily trust them hence, even believing in their lies.

5) How To Find If An Aquarius Guy Is Lying To You?

Though it can be hard to determine if they are actually lying or not, their specific actions may give it away.

They usually tend not to stretch much when they lie and try to avoid the topic. But if you dig deeper and ask them more about it, they may feel trapped and get caught.

Aquarius males are known to hold one of the most charming personalities a man can have. They can often be considered attractive due to their sharp features or smart minds. They are very easy-going people who know how to mingle with people from different walks of life. Aquarius have a very keen sense of people and are very good at determining people’s interests.

These traits and skills make them some of the best liars in astronomy. Their intellect and smartness can help them to build up easy and believable lies. Their social skills and charming personalities make them easily trustable and believable.

Moreover, their capability to hold their emotions from surfacing makes it easy for them to lie through their teeth!! Though they have the skill of lying, they don’t tend to use it often. They find lying at unnecessary times to be ridiculous. However, if there is a situation with no escape, they will usually use their lying skills!

In concluding terms, their lying skills are impeccable, but they will only use them when they face an extreme situation! Are you the same as them? Under what situations or circumstances do you find yourself lying to someone?? 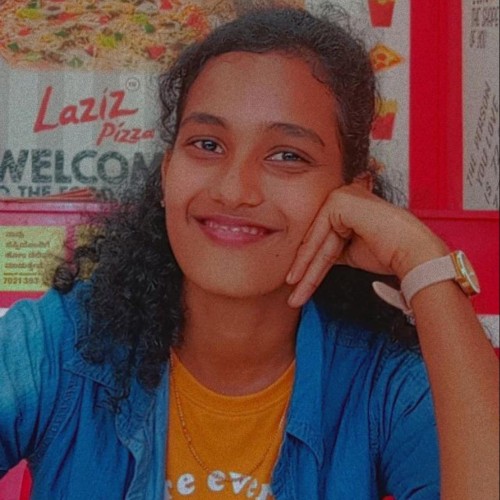 Teertha Shettyhttps://knowyouraquarius.com
Hey! I am Teertha Shetty. A 20-year-old student residing in Mangalore, India. I love sharing my thoughts and feelings by writing. I also enjoy reading poetry and am always up for interesting stories and content!
RELATED ARTICLES
Entertainment